It was just about a year ago that my friend and fellow artist, Malachi, suggested we do a painting together. She’d paint one side of a face and I’d paint the other. I thought it was a fantastic idea and I offered the name “Split Personality” for this joint venture. She accepted. Fast forward to April 2018, up to two days ago, I was still working on it. If you’ve been reading my posts, then you already know the reason it took me so long – Perfectionism.

One year later and I finally just stopped. Perfectionism was not only holding me hostage to procrastination. It was now holding me hostage to “undone”. There would always be something else I could add or learn and apply. Meanwhile, she’d started and finished her half of the face in about three months. This wasn’t just about “Split Personality” though. Three years ago, I started another piece named “Intafayrin Betsi” and that was also undone, until now. I have decided that the wait was over. It’s time to unveil the other half of my Split Personality and unfriend Intafayrin Betsi. She’s too damn nosey any way.

It was my word that got me to commit and finish.

Malachi sent dimensions and tried to explain them a few times but they all missed me. My being a visual person, I needed to see the dimensions laid out on paper, complete with arrows to make sure I had it right. And, like the flood waters pushing all things aside, creativity started flowing. And then it stopped. Perfectionism consistently got in the way. Instead of art being an outlet, it became another proponent to angst and frustration.

Anxiety was looming in other areas and growing on my canvas as well. For a long time, anxiety always felt like a word that was foreign until I saw how it impacted me. It could easily gather momentum and take off like the wind, taking all my good senses with it. Art is a medium through which many people soothe anxiety but it doesn’t work if the creativity is held captive by  perfectionism. At any rate, I kept going, mostly because I’d made a promise to her.

It was my word that got me to commit and finish.

It Is What It Is

Even after her detailed sketch of the dimensions, I still put the eye in a different location.

Oh, Perfection! Would you kindly just leave me be.
I’m trying so hard, can’t you see?

After unveiling her portion of the face that I’d kept wrapped up all this time, I wondered if I should follow a suggestion to do it over and align the eyes. There were so many things I could have done differently and better! My cousin’s interpretation of the misalignment of the eyes were that we don’t always see eye to eye, that indeed these personalities were “SPLIT”.

If I go back to fix the eye, it will be another decade before it’s complete. It is the “perfect” lesson in perfectionism – it eludes me. And, it always will because there will always be much to be desired. We are constantly expanding and evolving. I’ll take the experience and the misalignment as another step toward embracing acceptance of the now.

“It Is What It Is” mentality.

Split Personality, I’m through with you!

This was a different piece for me since there was no picture for me to reference. I had dimensions and I would just let the brush and paint take on a life of their own, come what may. I started then stopped. Then started then stopped for weeks upon weeks and then started again. This time with intention to complete, period. Finally two days ago, I gave it my last stroke of creativity and signed my name to solidify it was over.

Split Personality, I’m through with you!
If only you’d take anxiety with you. That would be nice!

Here’s a video of the unveiling of the other half I’ve waited so long to see. This project and the completion of it thrilled me to no end as I unwrapped the other half of the face. I am grateful for the suggestion of the painting, the lessons learned and the willingness to release all the things I wish I could change on my half.

Intafayrin Betsi (kriol for interfering Betsy) is the other piece that perfectionism got a hold of. She was inspired by a skit created by KREM Belize starring local radio and TV personalities. Namely, these personalities were Linda Blease, Sharon Marin and Mose Hyde. It’s one of my favorite Belizean-made skits to date. One scene that always tickled me was the scene where Linda was looking through the window at all the goodies her neighbor received for Christmas. I took a screen shot of Linda looking through and decided I’d let it inspire art. It was such a typical scene of nosey neighbors and it felt specific to Belize because of the wooden louvre windows.

Well, three years later, I finally finished Intafayrin Betsi. My aim was to capture the popular Belizean phrase “Intafayrin Betsi” because this scene encapsulated what that phrase means to me.

This piece was for me – the word I’d keep to myself.

For a while I struggled with getting everything just right and damn near stalked people during the recent Easter break to get pics of wooden louvre windows for me. The only person who sent a pic after much begging and pleading was my brother. It was a pic several hundred feet away from of a house on stilts.

But thanks for trying BFF.
Next time, do better or NOT.

It’s not perfect but it’s mine.

I could either remain stuck waiting on someone to send me a pic or just start using my imagination. So, I did. It’s not perfect but it’s mine, just like so many other things about myself I wish I could perfect.

This is my waltz back into the art world. Yet I know I never left. Art is beautifully obvious to me daily. If I could see your eyes while reading this, there would be a painting in your expression, the way your eyes dilate or maybe a smirk you give tells a story about how post reaches you. It’s all art. Everything. All so beautiful.

I’m exploring my gifts, following bliss and the things that wrap me up and sweep me away. I accept that sometimes anxiety will win but I’ll always come back to the people, places and things that fill me with joy.

I’ll always find the ways to…

Some way, some how.

My dance with my creative side is giving myself permission to twerk if I want, slightly sway if it suits or walk away if I so choose.

For now, I’m here.
Split personality and all.
Intafayrin Betsi can get to steppin’ though.

Ain’t nobody got time for that 🙂 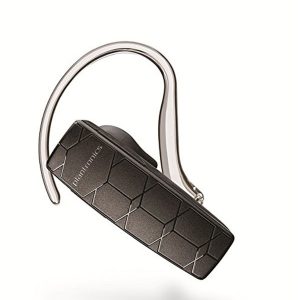 Why You Need a Plantronics Bluetooth in Your Life 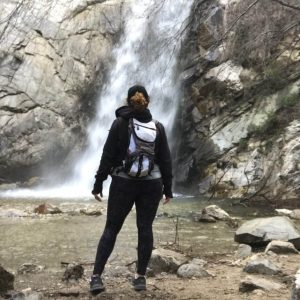 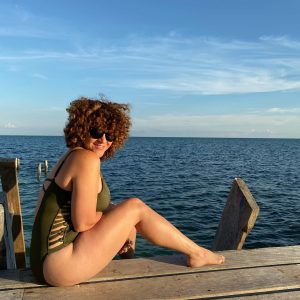